During the 44th edition of the Festival du nouveau cinéma in Montréal the audio visual collaboration with Kristjan Loðmfjorð (is), NS-12 (2014) will have its North American premiere being screened twice in the FCN’s experimental | avantgarde LAB-program (an exploration of experimental and multidisciplinary forms of cinema). By means of sound and image, NS-12 poetically portrays the fishing trawler Gulliver, docked in Seyðisfjorður, East Iceland. The trawler is a self-contained world; a space which functions both as workplace and collective living arrangement, which is also personally and physically affective. To the people working on board, the ship might be seen as a tool, but artistically it is perceived as a living organism, as a musical instrument triggering the senses and as a visual landscape impressing with textures and colors. The constant sensation of motion from the heaviness and roughness of the rolling trawler conveys a state of confusion or reverie, like that triggered by seasickness. The ship itself is always in the foreground, with the life on board as the background. Thus NS-12 captures the moment of an everyday situation, applying an  expressionistic approach for an experimental outcome. It communicates the human spirit, essential for the experience of the trawler at sea with the ceaseless sound and vibrations of the engine. 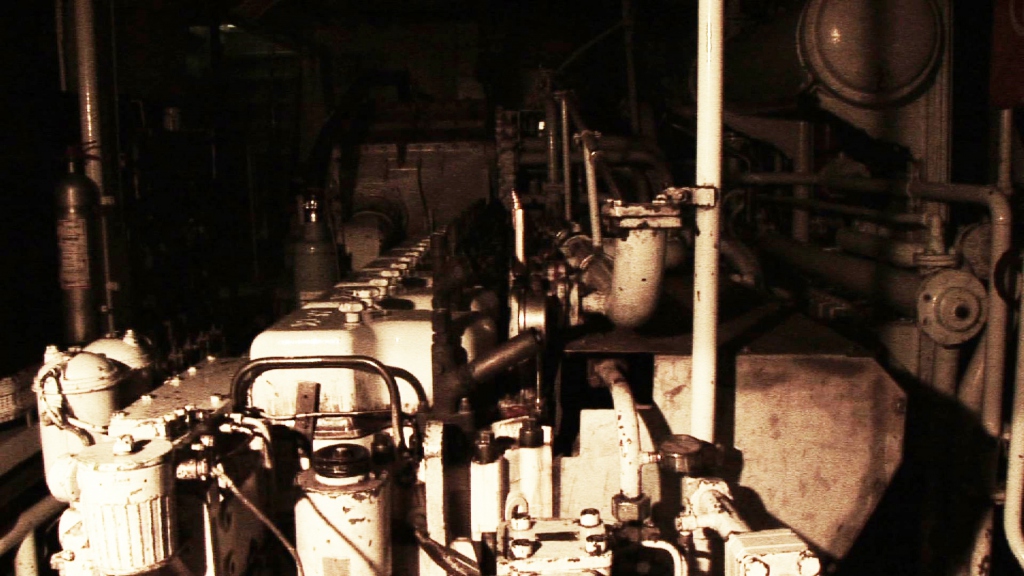