Its a pleasure, honor, and privilege to open the gallery and art studio Hof | Árstígur 6 | 710  | Seyðisfjörður | East celand.

Gallery and art studio Hof supports the Icelandic tradition of home galleries in private surroundings of the multimedia artist Konrad Korabiewski. Its independent artistic profile provides a platform for exhibitions, concerts, venues and experiments by international and local artists. The gallery runs through all seasons and its open 24 hours a day.
Exhibition opening Thursday 23rd of August.  Dr. Döring  – extract of the Complete Works – no. 1 | no.2 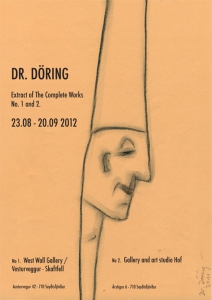 Roger Döring (1961) from Berlin will open two exhibitions in Seyðisfjörður in August. He will present a selection of his drawings at the West Wall Gallery – Skaftfell, ‘Extract of the Complete Works – no. 1’. At the same time at a second location, Gallery and art studio Hof, he will show another selection ‘Extract of the Complete Works – no. 2’. In both exhibitions Roger will show a repetitive drawing series, of the character ‘Efendi’. By ‘the Complete Works’, the artists implies that seemingly different aspects of his work are entirely connected although the medium of expression varies between drawings, music, poems, stories, acting, video etc. 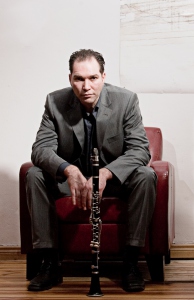 Roger Döring is currently in Seyðisfjörður to work on new material with Konrad Korabiewski for a coming record | LP release. As a musician Roger is a member of Dictaphone, also working with Imre Thormann (Butoh dance), MoserMeyerDöring, Takeshi Nishimoto, Einstürzende Neubauten as well as making music for films, theatre,  dance, and performing as actor.